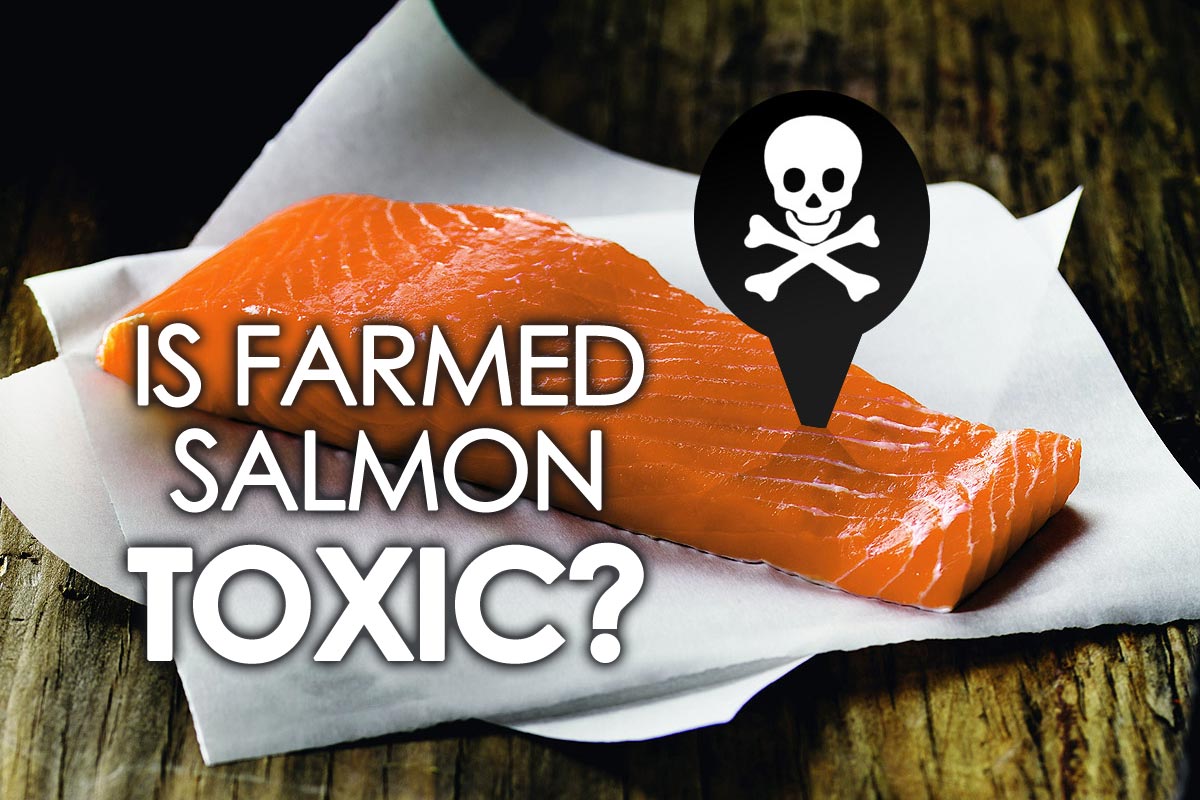 Fish is becoming a fast growing part of the human diet. Unfortunately, over-fishing has depleted many fish stocks, and the proposed solution, fish farming on a global scale is creating far more problems for those who rely on farmed fish as a source of protein and omega-3 fatty acid.

As most studies show fish farms not only pollute the aquatic environment and spread disease to wild fish, farmed fish have been proven to be an unreliable food source because of the toxins that accumulate in the fat of the farmed fish.

As a matter of fact, farmed salmon is now labelled as one of the most toxic food in the world.

A global assessment of farmed salmon published in 2004 found 13 persistent organic pollutants in the flesh of the fish. On average, polychlorinated biphenyl (PCB) concentrations in farmed salmon was eight times higher than in wild salmon, prompting the authors to conclude that “Risk analysis indicates that consumption of farmed Atlantic salmon may pose health risks that detract from the beneficial effects of fish consumption.”

The International Agency for Research on Cancer and the Environmental Protection Agency classify PCBs as a carcinogenic agent that causes cancer in humans and animals.

According to the U.S. Centers for Disease Control and Prevention, PCBs elicit a significant number of health conditions in animal studies, including cancer, immunosuppression, neurotoxicity and reproductive and developmental toxicity. Disturbingly, research suggests contaminated fish is the most common source of PCB exposure, as the chemicals accumulate and build up in the fat tissue.

Studies show that even relatively infrequent consumption of farmed salmon may be harmful to your health because of the elevated dioxinlevels in the fish.

A 2011 study published in PLOS ONE found chronic consumption of farmed salmon caused insulin resistance, glucose intolerance and obesity in mice, thanks to the persistent organic pollutants (POPs) found in the fish.

In plain English, farmed fish is worst than fast food!

Consider this the next time you find yourself considering fish for dinner, or sit down at a restaurant and order fish… #TGBTG